Taking a Holistic Approach to Strengthening Your Board’s Culture 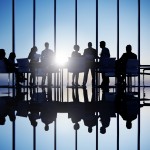 “Nothing’s really changed, and that’s terribly disappointing.”  This is what the CEO told me in a recent coaching session about the results of a daylong board-CEO “team building” retreat that’d been held around three months earlier.  The session had been scheduled, the CEO explained, in response to the perception of a majority of board members and the CEO that the board’s culture had become increasingly dysfunctional, characterized by uncivil debate in public board meetings, including some board members actually challenging their colleagues’ motives, and by board members snipping at the CEO and members of her executive team, etc.

This CEO went on to tell me that the team building retreat had been energizing and at times really entertaining.  They’d used breakout groups to identify communication and interaction issues and to brainstorm ways to deal with them, and they’d actually arrived at consensus on “rules” for working together as a harmonious governing team.  But, three months later, it was – much to the CEO’s chagrin – back to business as usual on the board.  The changes they’d agreed to had turned out to be essentially cosmetic and ephemeral.

After spending a few minutes talking about the retreat and its failure to produce important changes in the board’s culture, I pointed out that I didn’t find her account very surprising.  In fact, over the years I’d heard dozens of disillusioned CEOs report the dismal results of similar board “team building” sessions.  The problem, I went on to explain, was taking a simplistic approach to a tremendously complex subject.  In my experience, the only effective way to accomplish significant and enduring improvement in a board’s – or any organization’s – culture is to take a holistic approach going well beyond interaction and communication processes and guidelines.  The objective is to reach consensus on:

Experience has taught that taking a serious, holistic approach to strengthening a board’s culture pays off in terms not only of more effective governing decisions, but also of the board’s (and the authority’s) public image and credibility.

About the Author: Doug Eadie